Let's take a break from the more serious stuff! Today I give you.... the ten funniest classical album covers ever!

A classic Westminster Gold cover. The link to the pieces is... shall I say tenuous? No, I'll be honest. I'm struggling to understand the relevance, entirely. Perhaps this is the ideal music for yoga? 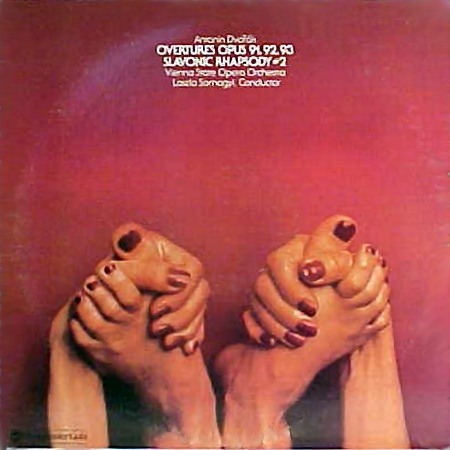 Try to imagine the scene. The cover designer has a brainwave... let's get a big bust of Handel, get the guys to wear gardening gloves, and a sack truck, and gurn at the camera! Guaranteed winner! 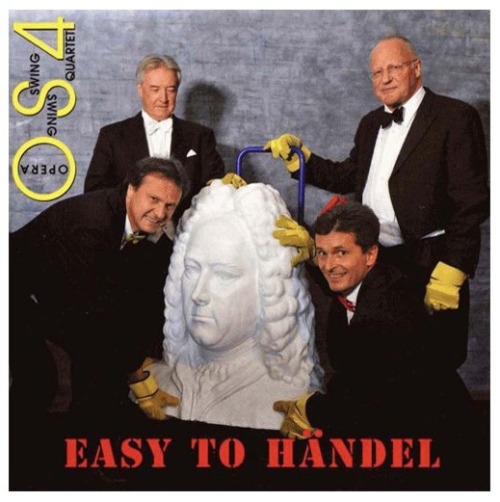 Being the father of a trombone player, I do understand the existential angst that accompanies this peculiar calling, but poor old Christian is really hamming it up with the orphan look, squished down onto a tiny stool, with an expression that says: please be my friend! I know I emit gallons of slobber all over the floor, and I'm wearing my sister's white socks, but I'm ever so nice really. 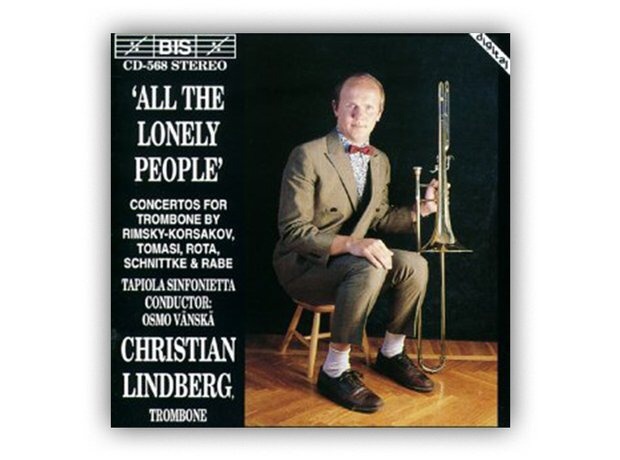 Tchaikovsky had a low opinion of Brahms, calling him a "giftless bastard". I suspect in his will he prophetically decreed that should a collection of Brahms ever find its way onto record, it be depicted as a seething mass of overcooked cholesterol, that only the most deeply hungover individual could countenance ingesting. 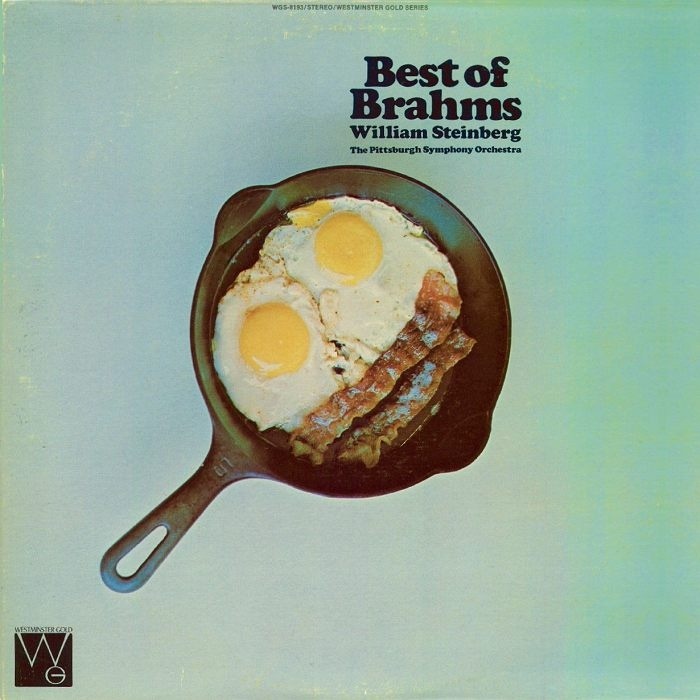 I have no words. This was the picture that gave me the idea for this post. I'll just let the album cover do the speaking. As the kids say: "Just wow." 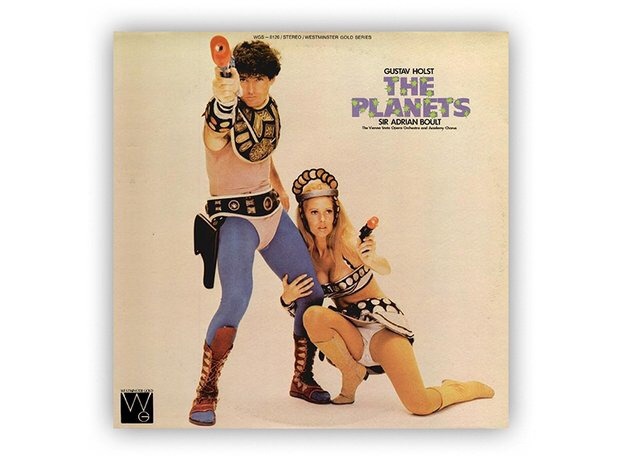 This is evidence that HVK and Gary Numan are in fact brothers, and share the same wardrobe manager. The disco scene is also deeply redolent of the 19th century dance culture in which the composer immersed himself, and to which he alludes in this autobiographical masterpiece. 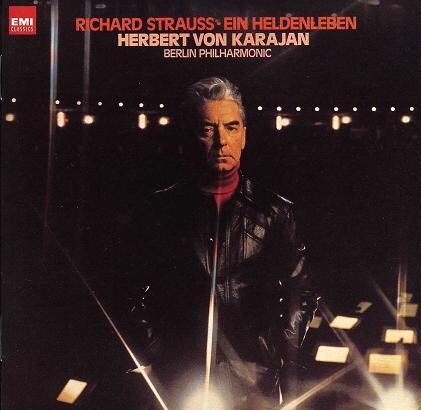 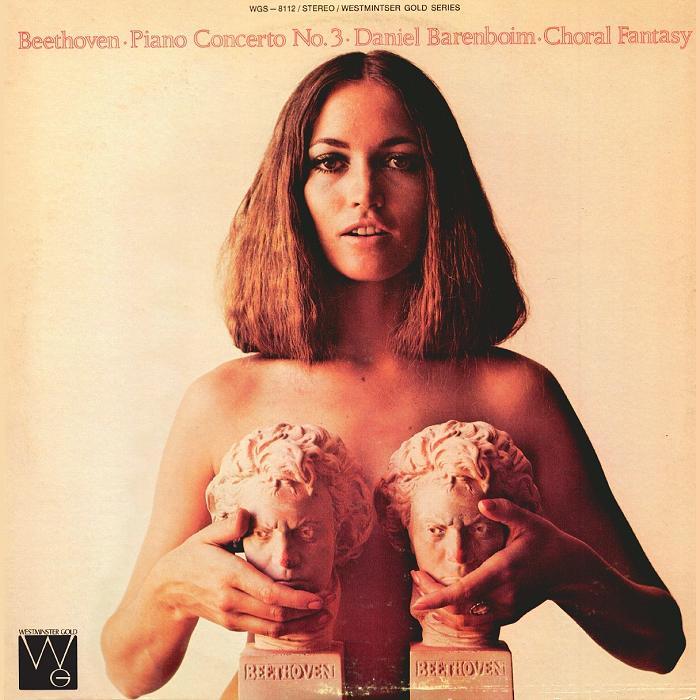 I confess to being rather keen on Finnish modernism, when it comes to art. Atmospheric, slightly bleak palate, quintessentially northern lighting. But Donald Duck in a smoking jacket? That's de trop, for me, I'm afraid. 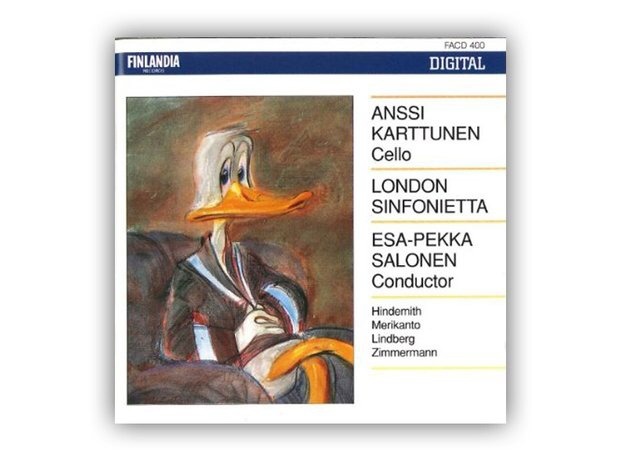 At first glance, this is just weird. Perhaps Colombia Records were exploring a nascent relationship with the Natural Law Party? However, all become clear, when we realise that the conductor's own work, 'Chimaeras I & II', are expected by the composer to be experienced 'on many psychic levels, from the literal to the subconscious'. Suddenly everything makes sense. Man. 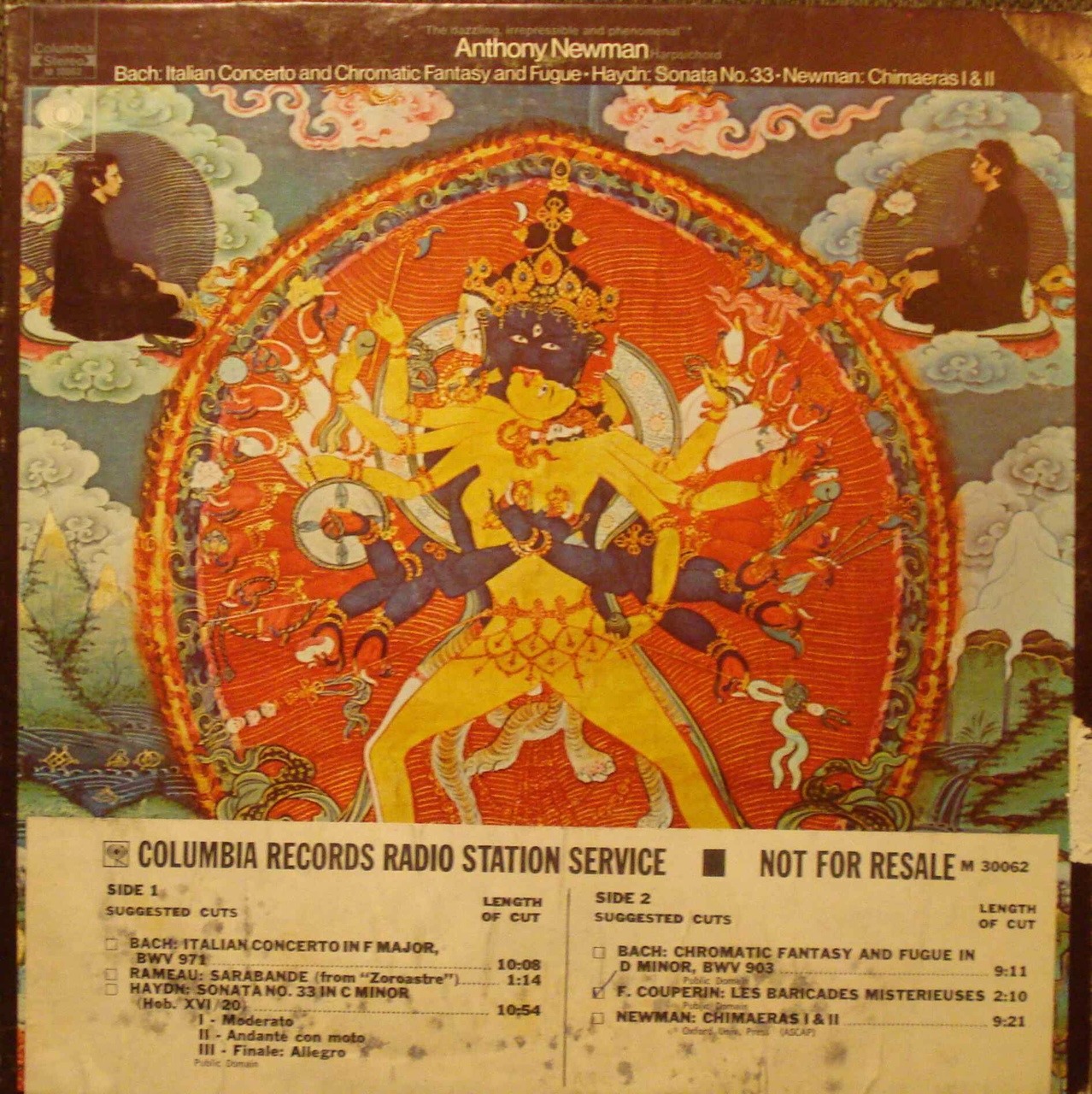 This is what happens when you let a work experience child with access to Shutterstock design your album covers. Dunno what those songs are, never 'eard of 'em, but sounds Italian. What's Italian? Pizza? Diving footballers? Pasta? Yeah... pasta! ....search.... ...copy... ...paste... aaand LUNCH! 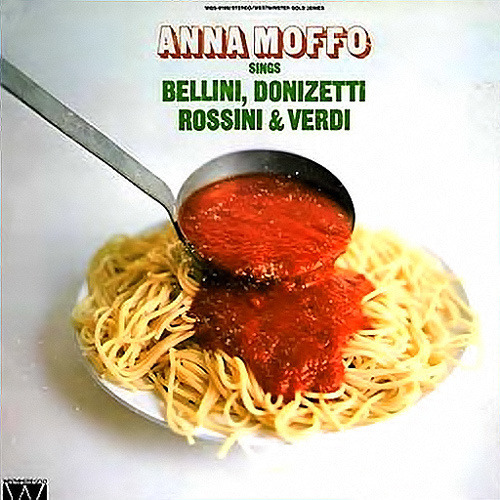