Loyal readers will have picked up by now that I believe that understanding the key principles underpinning broader knowledge is essential. It's not that I'm not pragmatic - I'm as keen as the next person for people to trust their ears and listen, but in order to get the most out of our music, and to make wise choices, I think it's important to understand the science and the maths behind the pseudo-science of hifi.

In this article, I'm going to explain how records work. This is important information, because without understanding this foundational stuff, it will not be easy to assimilate subsequent knowledge about tonearm setup, and design, cartridge alignment, and matching.

When we talked about digital to analogue converters, we discussed the recording process - capturing the soundwaves made by the musicians in space and time. Nowadays the initial recording is quite likely to be a digital one, although it could still be made to magnetic tape. Either way, the process of creating a record, from which the original recording can be recreated, is a precise, manual task.

The result is a total of nearly a kilometre of groove over two sides of a record, and a stone which travels a 1.4 kph along that groove.

But what's in the grooves

At the simplest level, an uncut disc will provide close to no sound. 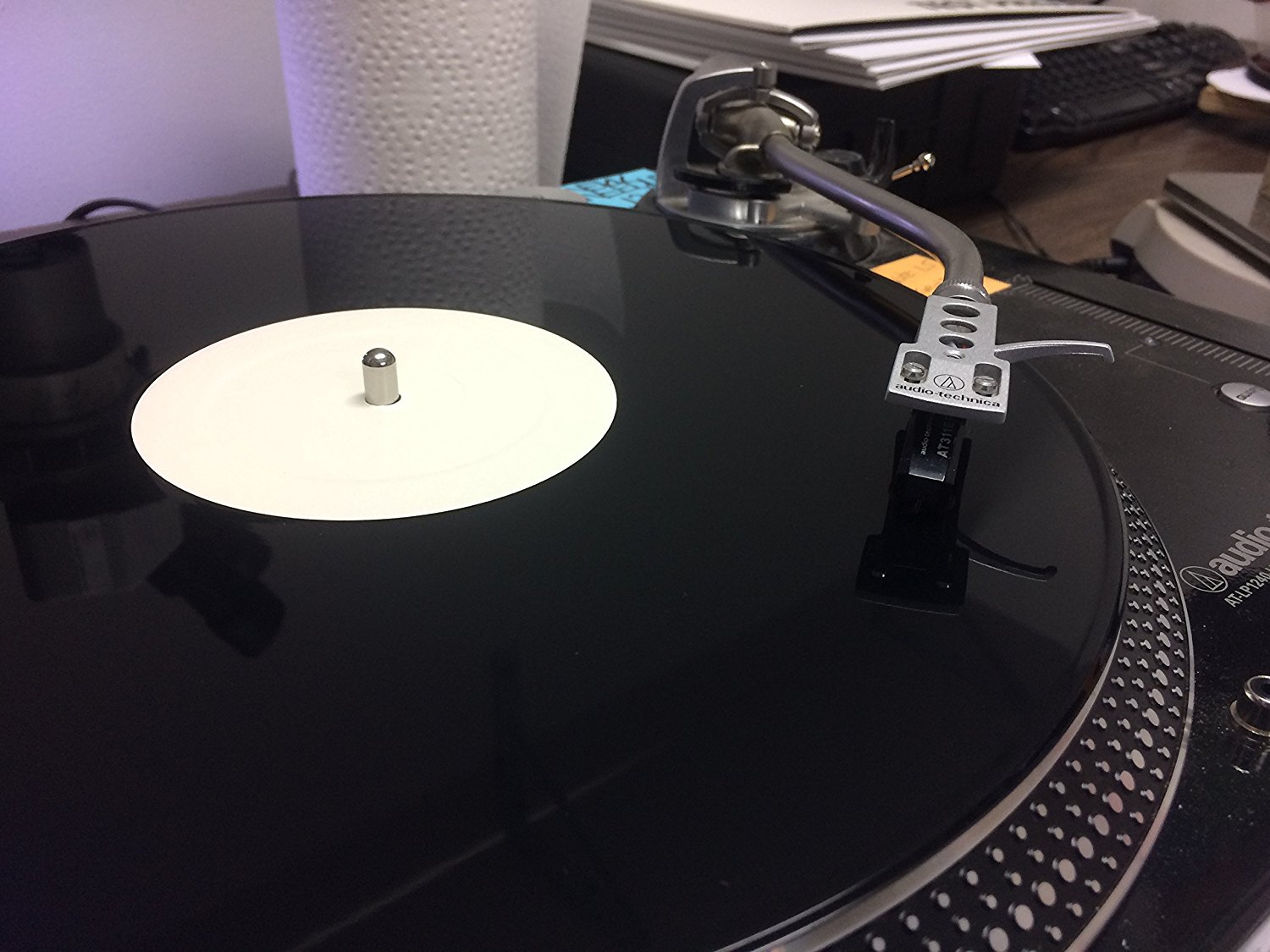 Of course, there's some sound, a bit of static, a bit of surface noise, but there's not much to make the stylus vibrate, and so we don't hear much:

In order for us to hear something, we need something to generate movement - to move the needle/cantilever/coil/magnet assembly.

The earliest records did this by cutting a vertical groove, of varying depth. The depth of the groove changes - ie it modulates - as the signal driving the cutter (or embosser) varies. This approach is called 'hill and dale'.

There are two significant drawbacks to this approach. Firstly, during playback, the 'hills and dales' can easily become torn, leading to distortion and sound degradation. Secondly, the dynamic range is limited to the depth of the record - too much dynamic range would dig a hole in the record, or cause the needle to jump out of the groove.

Later records from about the 1920s onwards cut the groove laterally In this case, as the groove modulates, the depth remains constant, but the variations in signal are depicted by varying distance of separation. Depending on the amplitude of the signal, the width of the groove would vary, which, in turn, would result in a shorter or longer length groove.

As well as being cheaper and easier to do, this is a better solution for reproduction. There is more dynamic range - we're now limited by the width of the record (and of course the length of the track), but it's better than vertical modulation. It's also easier to make repeatable, high quality pressings. Additionally, reading the grooves is less hard-wearing on the disc, so it lasts longer, and distorts less.

Records produced with lateral modulation provide only one channel of audio. The sound always sounds like its coming from one place - the middle, typically. If a blind person were to watch a film with a single (mono) channel of sound, that person wouldn't be able to discern where on the screen the characters were located.

When I was a child, and my father was a broadcast engineer, I have a distinct memory of there being a recording in which a man walked around counting, and the 'image' of the voice moved. This was a demonstration of 'stereo' sound - reproduction of two channels.

Commercial records up until 1957 used single channel, laterally modulated grooves. With the advance of stereophonic recording techniques, how could this be reproduced on a record?

The obvious answer is to use vertical modulation for one channel and horizontal modulation for the second. However, given the difference in quality and dynamic range between horizontal and vertical cutting, this would lead to in inbalance in channels. Additionally, it would introduce incompatabilities. On a mono machine, playing a stereo record would produce one channel, and playing a mono record on a stereo machine would result in audio in one channel and distortion on the other. No, this wouldn't do.

The solution is to use two voice coils, at right angles to each other, and at a 45 degree angle with respect to the disc - that is the grove is a V shape, and the signals are on either side of the groove. The two coils are wired asymmetrically (back to front) - so if a mono signal is sent to the cutter, twice, the end result will be a laterally cut groove, just like before 1957. If we only fed one signal, the groove would be cut on only one side of the V. When two independent channels are fed, the groove is cut on both sides, to represent to left and right channels.

This will become significant in a later article, in which I discuss the use of test records to check that your cartridge has been correctly fitted.

This is all slightly simplified to make a point - if there's demand, I can go into more precise detail, but in essence this is how a stereo signal is encoded on both walls of the groove.

Getting the sound out the groove is basically the same process in reverse. Instead of two voice coils driving a cutter, which makes modulations in a disc, a stylus tracks a groove, which drive coils, to generate a signal, which is amplified and presented to the listener.

By way of demonstration, here's an experiment you can do at home with a shabby record you don't want:

And here are two great videos showing a stylus tracking a groove:

There's one more important thing to cover. Remembering that the modulations made in the groove need to model the sound we make, lower frequency sounds take up more physical space that high frequency sounds. Since space is at a premium, we need to work out how to compensate for this.

The answer is to 'equalise' the signal, reducing the base frequencies and boosting the higher frequencies, before we cut the disk.

Then, when we feed the sound through our phono stage, we do the same in reverse - we boost the bass, and reduce the high frequencies, in line with a curve known as RIAA: 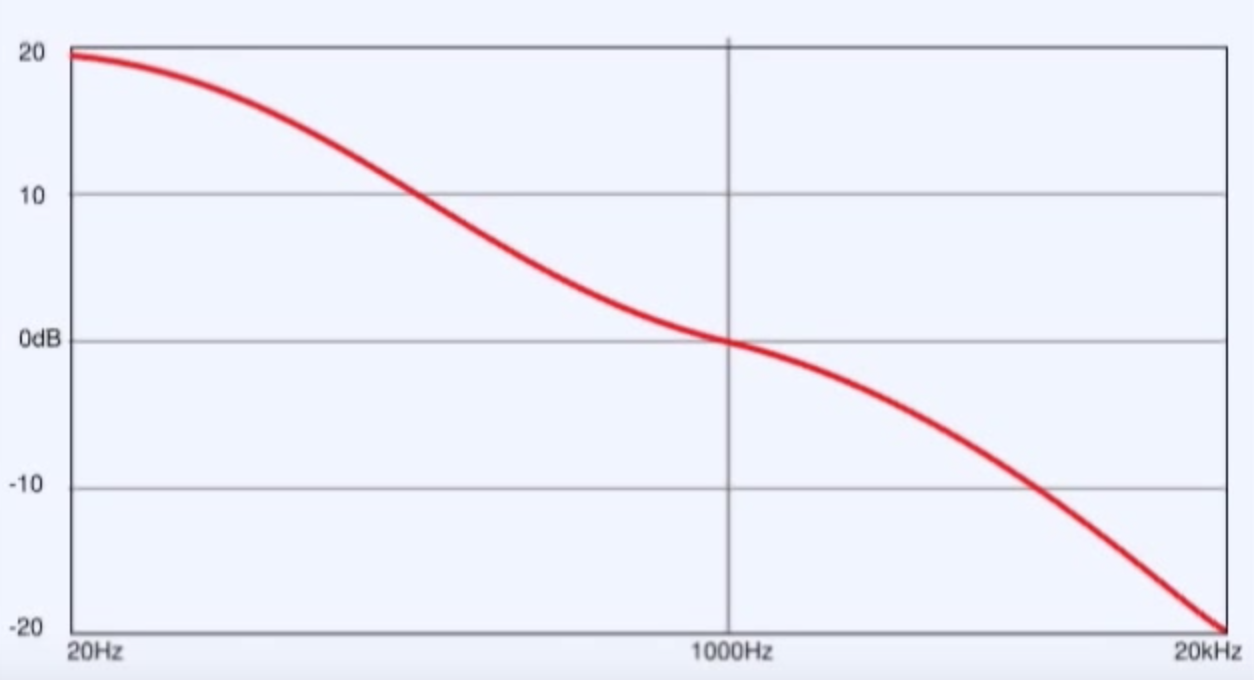 It always makes me chuckle when vinyl snobs talk about unadulterated sound, and how CD sounds 'filtered' or 'processed'. All records produced are subject to this equalisation process, so your vinyl playback is just as filtered and processed - just most people don't realise it.

Incidentally, while RIAA is by far the most common equalisation curve, it's not the only one. Both Decca London and CBS, for example, used different EQ curves, but these are extraordinarily rare, such that if you see a phono stage offering you the chance to switch between equalisation curves, you can safely ignore it as a gimmick, unless you genuinely do have a signiciant number of these records!

So, now you know what's in a groove, and how they're made. This will prove to be valuable knowledge as we go on to discuss how to get the best performance out of a turntable.